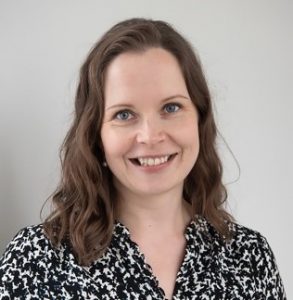 Katja Kanninen is Associate Professor in in vitro Models of Brain Diseases, under tenure-track. Her research group aims to decipher how environmental factors such as air pollution impacts brain health by studying the cellular and molecular mechanisms induced by air pollution exposure. We develop and use highly translational human-based models for our work, with the ultimate goal of facilitating the early identification of disease risk and diagnosis for Alzheimer’s disease. 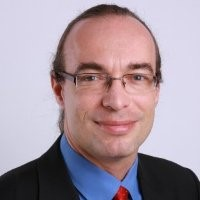 Prof. Andras Dinnyes co-founded and is the general director of Biotalentum. He has been working on embryology, cryobiology, cloning and stem cell biology since 1985. He was the Fulbright Scholar in the US in 1991-92 and worked at the University of Connecticut (US) in 1997-99, where he invented and patented the solid surface vitrification (SSV) technology. In 2000, he joined the cloning team in Roslin Institute (the “Dolly team”) as team leader, which pioneered the first gene knock-out lamb, and the first cloned piglet in Europe. In 2001, he has returned to Hungary as a Wellcome Trust International Senior Research Fellow. He is full professor at Szent Istvan University, Hungary (2008 – ), and at Szeged University (2018 – ), and was invited professor at the Veterinary Faculty of Utrecht Univ, the Netherlands (2010-2016), and invited high-level expert at Sichuan University, China (2016-2017). He received the Denis Gábor Innovation Award, Hungary in 2013. In 2018, Prof Dinnyés become a member of the Academia Europaea. Expertise in stem cell technologies, cell differentiation, cryopreservation, reproductive technologies, molecular techniques, genetic engineering, assay development; industrial level quality control and new business development. H-index: 42. 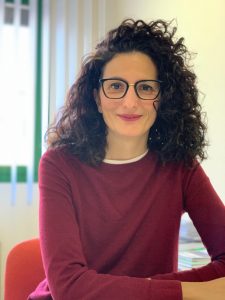 Rosalba Giugno is Associate professor In Medical Bioinformatics, Computer Science, Tenure Track, of University of Verona, Italy. She is the referent of the International Master Degree in Medical Bioinformatics, Computer Science Department of University of Verona; director of the Italian National Laboratory of Bioinformatics, coordinating 35 Italian academic groups of Bioinformatics researchers; president of the Center for BioMedical Computing (CBMC), Univ. of Verona. She is editor for Information Systems Elsevier Journal and editor for Frontiers in Bioinformatics and Computational Biology, and Frontiers in Genetics. Since she moved in Verona in 2016, she leads a research group, named InfOmics lab (https://infomics.github.io/InfOmics/), of 2 post-docs, 4 PhD students, and 16 undergraduate master thesis students. The strategic rationale of the lab is to bring together all of investigative strategies developed in Bioinformatics and related computer science research community, going by the algorithms, models, up to the formal systems, to form the bulk required to address critical issues in medical applications with new and efficient computational solutions. In particular she develops new methods to mining biological networks, integrate heterogeneous data, analyse omics, and to classify patients. She uses theory coming from machine learning, data science, mathematics and graph theory. 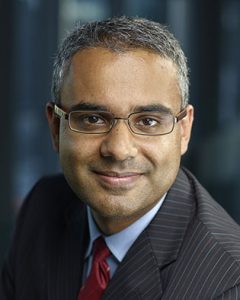 Arfan Ikram is Professor and Chair of Epidemiology at the department of Epidemiology, Erasmus MC Rotterdam. I am also adjunct professor of Epidemiology at the Harvard Chan School of Public Health. He is the principal investigator of the Rotterdam Study, in which research focuses on dementia and Alzheimer’s disease. I am also a key collaborator in the CHARGE (Cohorts for Heart and Aging Research in Genomic Epidemiology) consortium. My research focuses on investigating the etiology of neurologic diseases in the elderly, with a particular focus on dementia, Alzheimer disease, stroke, and Parkinson disease. The main areas of research are to elucidate the earliest signs of brain diseases, before clinical symptoms are present, and to understand how these lead to clinical manifestation of disease. Moreover, I am interested in preclinical signs that can be used to identify persons at highest risk of developing disease. To this aim I have used data from the large population-based Rotterdam Study and Rotterdam Scan Study that have followed nearly 15,000 persons for a period of nearly 25 years. A main focus on my research has been the use of MRI-imaging to understand brain disease. Also, I have used neuropsychological testing, genome-wide, exome chip, DNA-methylation and sequencing technologies, and recently electronic gait assessments. Not only am I interested in how these pre-clinical markers lead to clinical disease, I also want to disentangle the intricate relationships between these markers. I have published over 400 international scientific papers (H-index = 51) and currently head a research group of 13 PhD-students, 3 post-docs, 3 MSc-students, and 5 research staff. 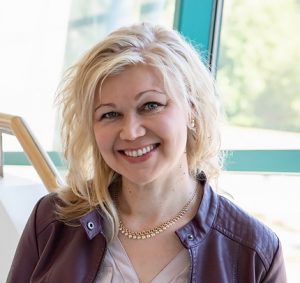 Tarja Malm is Professor in Neuroinflammation at the University of Eastern Finland. The Malm group (https://www.uef.fi/en/web/aivi/tarja-malm-group) aims to understand inflammatory cell functions, especially those of microglia, and the mechanisms and mediators neuroinflammatory reactions. We focus on non-coding RNAs and extracellular vesicles as mediators of this crosstalk. We use interdisciplinary approaches and novel, human based models to find novel therapeutic targets for the disease benefit and to discover novel biomarkers. Our lab develops novel human induced pluripotent stem cell-based models including microglia and organoids to investigate cellular response using omics approaches and electrophysiology. In addition, we combine animal modelling with functional outcomes to clinical patient material and data using bioinformatic approaches. The group consists of 7 postdoctoral researchers, 10 PhD students and a laboratory technician. 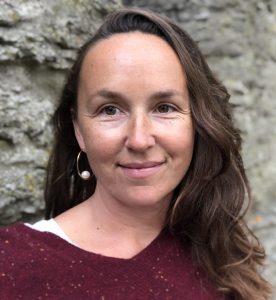 Dr Anna Oudin is an epidemiologist and statistician and has more than 14 years’ experience in air pollution epidemiology and human exposure studies. Her special research interest is in how air pollution and other environmental factors may affect the brain. She and her colleagues were the first to show an association between individual level exposure to air pollution and incident dementia and she has since published several papers on air pollution in association with dementia and cognitive decline and on mental health outcomes. Oudin has access to the Betula longitudinal study that started in 1988 and was initially motivated by the need to explore various aspects of health and cognitive aging, including early signs of and potential risk factors for cognitive decline and dementia in adulthood and late life. The Betula study has been carried out with a narrow age cohort design and currently more than 3000 persons has been enrolled for memory testing and detailed interviews with five years follow-ups. Oudin has previously participated in large European air pollution epidemiology projects such as FP7 project ESCAPE – European Study of Cohorts for Air Pollution Effects (2008-2012). Today, she collaborates with several PIs of this proposal in an ongoing H2020 project TUBE – Transport derived Ultrafines and the Brain Effects (2019-2023). Moreover, she is participating in Nordic projects such as Nordic Welfair, and national multi-center air pollution projects such as SCAC. 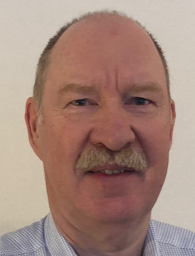 Thomas Sandström is both the specialist physician in Respiratory Medicine at Umeå University Hospital and Professor in Respiratory Medicine. His research team aims to understand mechanistically how air pollutants mediate their effects in different organ system including the nervous system and brain. This is based on over 3 decades of experience of experimental and clinical air pollution research covering gaseous and particulate pollutants and respiratory, cardiovascular, systemic, brain and nerve effects in healthy and diseased individuals.

Jan Topinka, PhD, DSc, Head of the Department of Genetic Toxicology and Nanotoxicology, Institute of Experimental Medicine of the Czech Academy of Sciences, is an expert in genetic toxicology and biological effects of the environmental pollution as well as the adverse effects of engineered and combustion generated nanoparticles. His research aims to asses mechanisms of the biological effects of the environmental pollution in human populations particularly by methods of genomics and epigenetics. Special attention is paid to combustion generated ultrafine particles. I also focus on mechanisms of toxicity of nanomaterials both in vitro and in vivo. 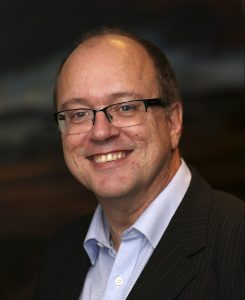 Jean Georges is the Executive Director of Alzheimer Europe, a position he has held since November 1996. Jean has co-authored and contributed to several academic papers within the field of dementia and Alzheimer’s and has served as the Principal Investigator for Alzheimer Europe in projects supported by IMI (Innovative Medicines Initiative) and the European Union’s Research and Innovation Funding Programmes: FP7 and Horizon2020. 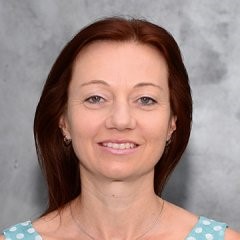 Dr. Kubinová is a research scientist at the Institute of Experimental Medicine (IEM) CAS, where she heads the Department of Biomaterials and Biophysical Methods. She is a co-investigator of EATRIS-CZ (https://eatris.cz/) at the IEM. In the ADAIR project, she is an external collaborator, responsible for supporting EATRIS in the validation of biomarkers. Her research focuses on studying the role of extracellular matrix and perineuronal nets in neuronal plasticity, neurodegenerative diseases or ageing.

Dr. Xiaowen Zeng is an associate professor in School of Public Health, Sun Yat-sen University, China. She has over 10-year research experience in environmental exposome and the effect of environmental pollutants on human health. In recent years, her research interest focuses on the air pollution in association with adverse health effects. She and her colleges have conducted several population-base studies in China to investigate the association of long-term air pollution exposure and related persistent organic pollutants exposure with chronic diseases in children and adults. During the past five years, she has been awarded eight research grants as the lead investigator including one from the National Key Research and Development Program of China and two from the National Science Foundation of China grants scheme.

ELIXIR unites Europe’s leading life science organisations in managing and safeguarding the increasing volume of data being generated by publicly funded research. It coordinates, integrates and sustains bioinformatics resources across its member states and enables users in academia and industry to access services that are vital for their research.